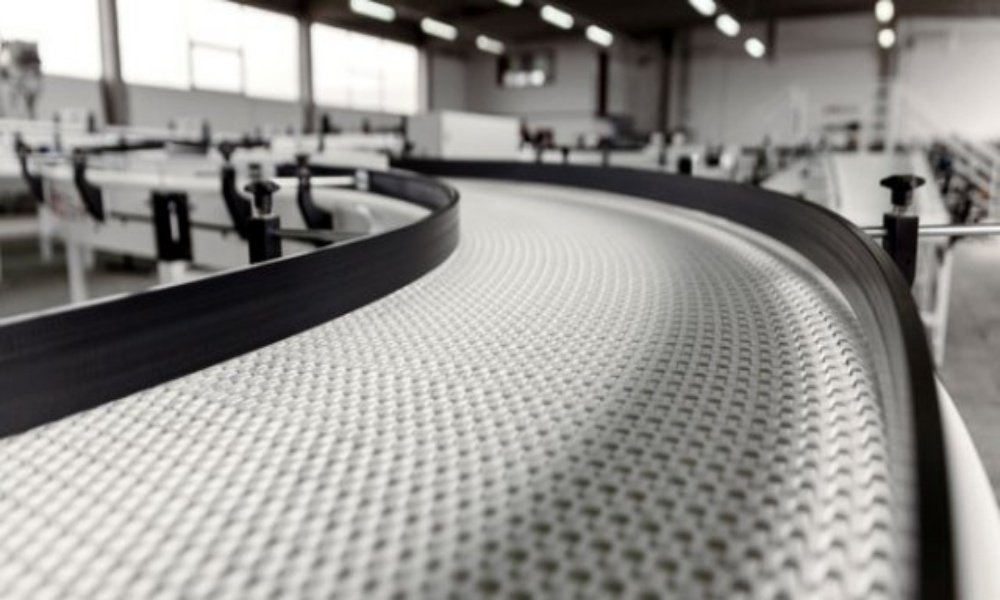 The world of intralogistics is undergoing radical change. With the globalisation of the economy, shorter product cycles and the advance of e-commerce, the international flow of goods is increasing and accelerating. Business processes and supply chains are becoming increasingly complex, and customers more demanding. At the same time, competitive pressure is growing between national economies and individual market players. As a result, outsourcing models and automation are gaining appeal. Regional transactions are becoming international, and costs are becoming more transparent and easier to compare. Anyone wishing to assert and develop their market position in the face of increasingly tough competition must organise their processes efficiently and keep their costs under control.

These challenges are faced not only by the traditional logistics sector and distribution centre operators, but also production and trading companies. Even the e-commerce sector, which continues to grow at a rapid pace, is being forced to develop processes which are as efficient, flexible and cost-effective as possible. It is not just a question of getting products to customers quickly and cheaply. The management of returns, so-called “re-commerce”, also plays a decisive role for business success in this growth market. The required improvements in efficiency are not to be achieved just with new greenfield projects built out of town. After seven to ten years in use (depending on the industry), warehouses, as such, are considered obsolete: technically outdated, worn out through use and not fit for purpose. The result: high operating and process costs, deficient flexibility, diminishing competitiveness. Warehouse operators are already able to gain potential savings of up to 30 percent through the modernisation of automatic warehousing. Retrofit concepts can be used to profitably combine increased efficiency and flexibility with the modern aspects of Green Logistics.

Conventional conveyor systems, which have a permanent active drive, usually generate accumulation pressure, which has inherent drawbacks. For example, for onward transportation or removal, the respective item to be conveyed must be isolated using an additional line. To avoid these disadvantages, system integrators often design conveyor systems to be zero-pressure. A clear trend is emerging: 24 V drives (RollerDrives) from Interroll are increasingly replacing the formerly commonplace systems with an electropneumatic control for individual accumulation sections.

Firstly, the corresponding conveyor lines use considerably less energy compared to conventional 400 volt drives. This is because the individual RollerDrives are only driven if material actually needs to be conveyed. In practice, at an average throughput (600 to 1000 containers per hour), reductions in consumption of 50 percent or more can be easily achieved. In addition, this demand-driven operation and the removal of additional drive machinery mean that the noise level of the system is considerably lower. At the same time, less maintenance and repairs are required. This is not only due to the fact that brushless 24 volt drives are generally less maintenance-intensive than conventional drive motors; there is also the fact that these motors, whilst running with the same conveyor output, are operating for signifi cantly less time than conventional systems, thereby minimising wear effects.

The strengths of 24 volt technology also lend themselves to the modernisation of existing conveyor systems. In the experience of leading system integrators, old systems which are driven by vertical shafts or fl at belts, for example, can quite easily be transformed into state-of-the-art systems. Pneumatics and coupling brake units are made superfl uous by subdividing the conveyor into zones, thereby signifi cantly reducing installation and operating costs, as well as wear and noise emission.

Actually, around 50 percent of the energy costs within the internal logistics for systems with a high degree of automation are spent on conveyor technology, warehousing and order picking. More than two thirds of the remaining 50 percent of these energy costs is spent on heating and ventilating logistics buildings, and around another 15 percent on lighting. This means that conveyor technology, in terms of energy-saving alone, presents considerable potential for optimisation.

”Through the modernisation of our conveyor technology using 24 volt conveyor modules, we were able to significantly increase the performance of the system and link to a new production area, without having to invest in a completely new conveyor system. Another benefit: Even though the performance has increased, it was possible for the noise level to be significantly lowered. For this reason, production staff are also very impressed with the new system.“ – Lutz Müller, Liquida Operations Manager, Klosterfrau Berlin GmbH

Modernisation and construction of new conveyor systems in pharmaceutical production

Numerous examples show how use of 24 volt technology can optimise the transportation processes within production plants. For example, at a pharmaceuticals manufacturer, RollerDrives from Interroll ensure boxed finished products are conveyed for central palletisation. The technology was installed by the renowned system integrator Förster & Krause. For this, a total of six production and packaging lines were incorporated, two of which were newly built.

These conveyor systems take the cartons directly from the six carton sealing machines, which are in different production areas, and deliver the cartons via the vertical conveyor to a central conveyor line. This is located around three meters above a hallway. The cartons travel a distance of 200 metres and are then collected at the palletiser. An accumulation conveyor in integrated into each line, which makes it possible for the cartons to be cyclically removed from all six lines. The user’s operations manager and staff benefit from a flow of material which is not just quick, especially in comparison to previously installed systems, but also exceptionally quiet. Apart from the efficiency improvements which are achieved, there are also significant advantages for the employees in terms of working conditions.

Connection of two production areas at an automotive parts supplier

At an automotive parts supplier, standard KLT containers have to be transported from a new hall to an old section of the building. For this, two accumulation conveyors in each area were arranged one above the other, one used for outward and the other for inward transport. The supply and waste disposal is carried out by a vertical conveyor. The connecting line is arranged in an aisle at a height of approximately 4.5 metres and is reversible. The containers are transported between the two areas in blocks.

This automated flow of materials can replace transportation by forklift. This saves both time and money. The investment for building the conveyor line returns a profit within a short space of time. This allows the company, which, as an automotive parts supplier, is under considerable price pressure, to improve its competitive position.

Buffer zones between the picking and packaging of paints

Even in the newly opened distribution warehouse of a paint manufacturer, 24 Volt technology from Interroll ensures that their internal transport and distribution processes can be made significantly more efficient and cost-effective. Firstly, order containers are placed on the individual picking area stations, transported using vertical conveyors to a 7.50 metre high conveyor line and conveyed to the twelve packing areas in the first level upper floor.

The conveyor circulation system is designed so that the individual containers for a consignment are collected and conveyed with no accumulation pressure. The containers are automatically discharged, without time-consuming isolation, from the circuit into the packing areas. Each packing area in turn has an accumulation conveyor for the order containers. The cartons are conveyed to two manual strapping areas and then palletised. Thanks to the buffer zone, in the form of the circulation system with no accumulation pressure, picking can take place independently, in terms of time, of the packing of goods. This solution not only makes flexible deployment of personnel possible, but also, according to users, has positive effects on the working environment.