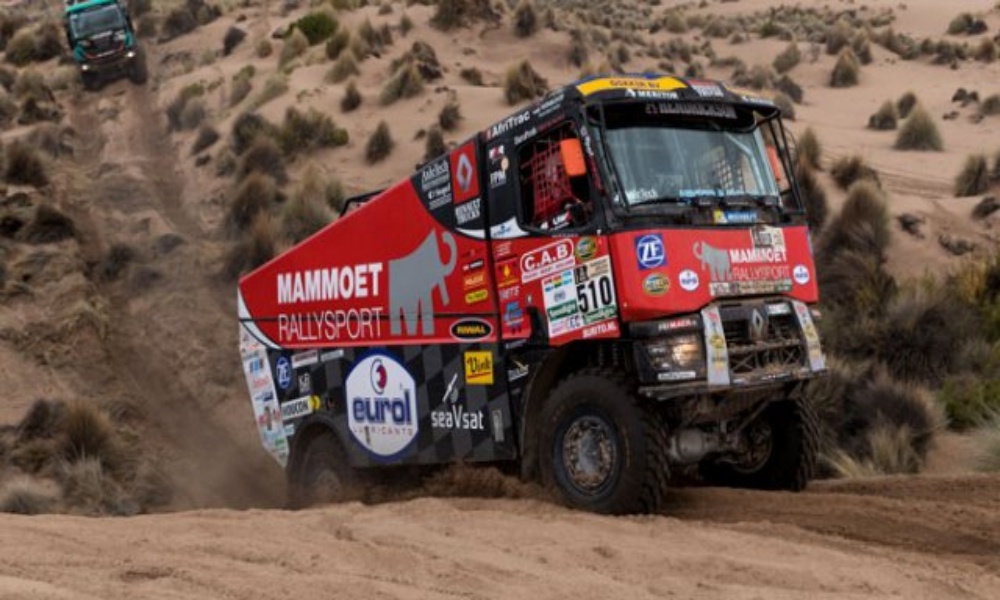 Truck technology from ZF passed a grueling test in South America with flying colors. At this year’s Dakar Rally, the Kamaz Master team drove into first, second and fifth places in the truck ranking with the Ecosplit manual 16-speed transmission including clutch and an all-wheel drive transfer case. Using the same driveline technology, the team led by Dutch truck racer Gerard de Rooy passed the finishing line in Iveco trucks in third and fourth positions. A total of 50 trucks entered the race.

It is the top event in rally sport. This year’s Dakar Rally took place from January 2 to January 14 and stretched over just under 9,000 kilometers through South America, from Asunción, the capital of Paragua, to the Argentinian capital of Buenos Aires.  On the way, the participants had to overcome heavy terrain. Much of the route took them to altitudes of more than 3,000 meters.

Reliable technology for the toughest challenges

ZF technology ensured the teams were ideally equipped for the job – with commercial vehicle transmission systems from Friedrichshafen and Schweinfurt as well as transfer cases from Passau. Racing in a Kamaz, Eduard Nikolaev won overall with a total time of 27 hours, 58 minutes and 24 seconds. His teammates Dmitry Sotnikov and Airat Mardeev came second and fifth. All three vehicles are equipped with the Ecosplit manual 16-speed transmission including the clutch from ZF. The transmission achieves a maximum torque of 3,600 Nm, and its precise power application makes it a perfect candidate for off-road driving. The pneumatic Servoshift shift support enables fast gear changes with little force.

The team led by Gerard de Rooy also achieved success with the 16-speed manual transmission. Driving an Iveco, de Rooy himself came in third, and his team-mate Federico Villagra achieved fourth position overall. All vehicles from first to fifth position featured a dual-stage transfer case from ZF providing optimal force distribution and off-road capability. With their lightweight design, these systems are ideal for racing sport challenges such as the Dakar Rally.

1.)Equipped for the toughest rally terrain: The Ecomat automatic transmission and the transfer case from ZF ensured optimal all-wheel performance also in the Renault Truck driven by the Mammoet Rallysport team.

2.)High torque resistance and reliability: the ZF-Ecosplit manual 16-speed transmission is not only tried and trusted on construction sites, but also in rally applications.

Related Topics:FriedrichshafenmotorPassaSchweinfurtservicesTechnologyWinners' Podium of the Dakar Rally 2017zf
Up Next