The pressure and stress at automotive industry manufacturing lines is high; a second of downtime can cost millions of euros. In spite of low reliability’s astronomical costs, many manufacturers still determine their conveyor driving chains as commodity goods; they weigh on price rather than performance.

In many situations, this is false; since a correctly selected chain can endure and reduce production costs, lengthening chain’s drive life span.

Most people expect automotive production lines to operate continuously with only occasional opportunities for planned maintenance throughout the year. In most cases, the car parts are moving constantly through the assembly process on overhead conveyors, taking them from one workstation to the next.

As such, conveyors carrying vehicles’ bodies are obviously the most vital systems in the environment. If conveyor chain breaks, or malfunctions somehow, majority of the production line comes to halt. This could rapidly spread through to the other production sections. It can also disrupt goods inwards, dispatch and just about every other activity on site.

It is perhaps surprising then, that conveyor chain is often viewed as a commodity product, rather than an engineered component. This is a common approach taking a false premise as basis that all chain offers similar service life, so value can only be found at the point of purchase.

It’s understandable why production engineers and facilities managers who have only ever experienced poor performance would think this. The reality is that specialist chains can often survive several times longer than conventional chain, particularly in heavy duty applications.

For example, one of the UK’s largest automotive assembly plants found that it was having to replace its conveyor chain at least once every 12 months.

The problem was made worse by the fact that maintenance was scheduled quarterly, so the chain could only be lubricated every 3 months. The chain became stiff and difficult to articulate and airborne particles were causing contamination to build up in the chain and cause wear.

The chain would typically break inside of 12 months, so, to prevent unscheduled downtime the chain had to be replaced every third quarter.

The plant’s managers were keen to look for ways to improve chain management and thereby increase productivity, so they invited chain experts from Tsubaki to suggest an alternative solution.

It was soon established that the OE chain in use was not suited to the heavy-duty operation. And, Tsubaki suggested that a better quality chain would offer a longer working life.

However, to add value to the production line, the new chain would need to offer a demonstrably lower Total Cost of Ownership (TCO). Then, Tsubaki recommended its maintenance-free, Lambda series of self-lubricated chain.

This would eliminate the need for manual lubrication, In addition, it was extending the overall operation life of the chain: cutting maintenance costs, reducing downtime and minimising the cost of replacement chain.

To further enhance the service life, Tsubaki’s engineers developed a special top plate, which was fitted to every second link.

And, this works to reduce chain contamination and protect the chain from wear. Also, on Tsubaki’s recommendation, the rivets used to secure the top plates were replaced with special, high tensile screws that are secured into position with thread locking adhesive.

The net result of the switch to Tsubaki‘s Lambda chain is a conveyor system that typically operates reliably for in excess of 2 years – more than doubling the service life of the OE chain. This means that the plant is spending less on chain each year, while also saving on maintenance costs and lost production. 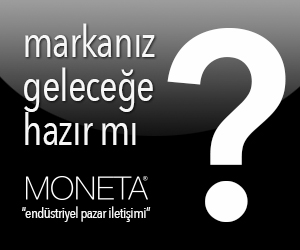