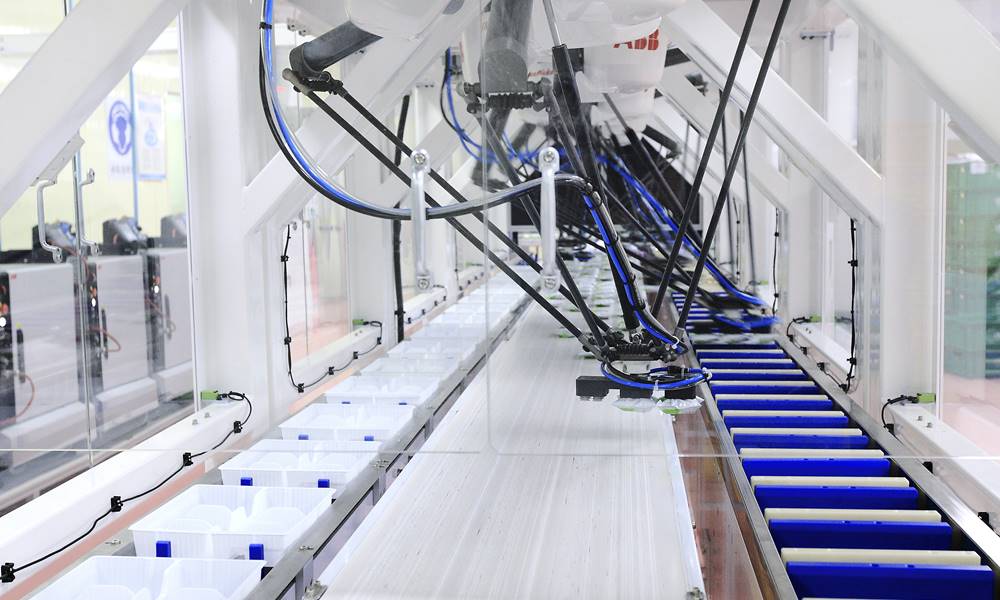 The technological and social revolutions of the past few decades have completely reshaped industry. The food packaging and palletizing industry is no exception. In fact, the last ten years alone has seen the adoption of advanced technologies at an unprecedented rate. Here, Alan Spreckley, robotics food and beverage segment manager and palletizing robotics expert at ABB, explains how digitalization is repackaging the future of food palletizing.

The last two decades have seen a decline in the nuclear family and a global rise in the number of private households with only a single occupier. In 2017, the UK office of national statistics (ONS) conducted a study that found 27.8 per cent of UK households had only one inhabitant. Likewise, the labor force survey (LFS) showed that one-third of European households are single person, while the US has been experiencing a significant increase of single person households since the 1920s.

This growing trend places a higher demand for single-portion servings of pre-prepared and pre-packaged food on the food industry, which makes the packaging and palletizing processes less linear than they have previously been. Similarly, the unstable economy of recent years has nurtured a generation of savvy customers, eager for the special offers and deals that retailers regularly provide, further complicating the palletizing process. This leads to scenarios where manufacturers will be required to change palletizing patterns quickly and cost efficiently to deliver this.

Robots have been a staple of the food industry since the 1980s, with most businesses using at least one robotic system for some part of the production line. Palletizing robots have proven particularly popular among plant engineers as they increase productivity, improve working conditions and can be easily integrated into existing production systems.

However, the process of integrating palletizing robots has traditionally relied on computer assisted design (CAD) drawings and involved a lot of estimation.

To quicken this step, virtual commissioning is becoming increasingly popular among plant managers, often using ABB’s innovative suite of virtual commissioning tools. Instead of using CAD, the process is modeled in 3D which provides an accurate visualization of a factory layout. This allows plant engineers to see a digital representation of how the robot will integrate and move within the process and allows them to discover and resolve any potential technical issues before they become a reality, reducing commissioning time by up to 25 per cent.

Related Topics:ABBbeverageDigitalizationFoodfood palletizing
Up Next

Motion control looks set to keep running for many years

The next revolution in motor control