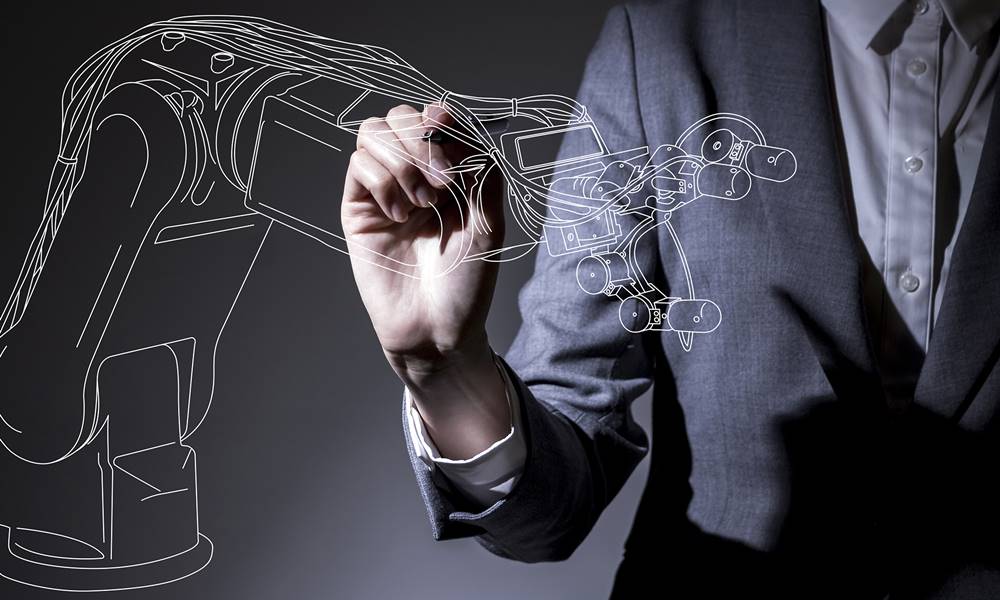 Industrial control is a highly developed field that advances year on year as the underlying technology advances. But will it and all its specialist sub-sets continue to thrive? Gerard Bush, a motion specialist with INMOCO, offers his opinion.

All technologies develop over time, with most eventually reaching an upper limit where they are as advanced as they can be. This is clearly evident in older technologies where the peak has been reached, an example being steam trains which over about 100 years developed from Stephenson’s Rocket to the Flying Scotsman.   In other cases it is less clear. Cars, for instance, continue to develop at a rapid pace. There is no denying that a 10 year old car is not as sophisticated as one fresh off the production line, but it can be argued that the developments are actually advances in constituent technologies rather than fundamental car design – for example, is an engine management system an advance in automotive engineering or electronics applied to automotive applications?  Is satnav automotive engineering or digital technology?

Cars are currently offering us another important insight to the advancement of technologies – the role of disruptive change, with the manufacturers responding to socio-political pressures and developing electric propulsion. A Cinderella technology for at least a couple of decades, electric and hybrid cars are now available from most automotive majors and are moving into the mainstream markets.

So is this development pattern being reflected in the world of industrial control? There have certainly been advances since the 1960s days of hand-assembled relay boards and the pneumatic (non-sparking) control of early North Sea oil rigs. Further, it is not surprising that specialist forms of control, such as SCADA, motion control and dual redundancy safety have developed.

There are two main things that drive the advancement of technology. The first is the makers of the technology pushing the performance envelope of their products, to improve performance and give them an edge over their competitors. The second is user demand, people wanting to do more with a given technology and asking the manufacturers to help.

Then we have to allow for the occasional step change caused by a disruptive event, and control technologists are experiencing one right now – Industry 4.0.

The term Industry 4.0 was coined to describe the merger of two separate things in the worlds of manufacturing and production: the field-level device control of automation and the transfer of the resultant data to higher-level control systems for both production and enterprise management. First used in 2011 – at that year’s Hanover Fair – it embraces cyber-physical systems, the Internet of Things, cloud computing, cognitive computing and ‘smart factories’.

In fact it is fair to say that Industry 4.0 is a group of related technologies that are brought together to improve productivity by bringing as much information as possible to the control of machines and processes.

Motion control is now offering an illustration of how this evolving. Over the last few years the developers of motion technologies have improved the data communications and processing capacity of their control units. Naturally, once the controllers had more capacity, users started to set up systems with more information flowing through them. The result is that the host machines have become more responsive to their operating environment and production requirements and thus more productive.

An example of this is that a production machine may be in communication with a system that is measuring user demand in real time (or near-real time) and thus able to automatically react to market changes. Alternatively a machine may be equipped for continuous self-diagnostics, allowing the motion controller to slow down operations and summon maintenance help if a warming bearing is suggesting a possible pending breakdown.

Another example is in the growing popularity of AGVs (automated guided vehicles) in warehouses and factories. These are effectively mobile robots that can travel from workstation to workstation to deliver workpieces, or from storage bin to storage bin to picks parts for an order. The motion control system that drives these units is reacting to live information it is receiving from a central computer – a case of Industry 4.0 in action.

Another way in which motion control is improving is in the precision of its operations. The resolution of positional accuracy has improved steadily over the years and is now at a point where, for instance, precision assembly of small parts is commonplace. With increasing accuracy we see even more innovative applications emerging along with a widening of the areas of use. So today, we see motion control solutions being used for micro-machining, in operating theatres to perform surgeries with supreme accuracy, and to collect individual cells in biological laboratories.

These examples are very exciting, but it is notable that they are each based on the creative use of one or more relatively simple technological developments. Over time these developments will be applied to more and more projects.

As an illustration of a simple but important development, Kollmorgen’s single cable connections for motion systems building makes the physical assembly of systems easier and faster. This takes out cost, improves maintainability and – importantly – encourages widening use of motion control. Similarly, PMD Corp is working on pre-engineered subsystems that can be easily integrated to make large sophisticated systems.

So over the next several years it looks like motion control will be moving into new fields and be more widely used, that industrial control in general will continue to develop becoming more and more capable, easier to use and more widely spread.

TRANSCYKO is the choice for RGV

The digitalization of food palletizing