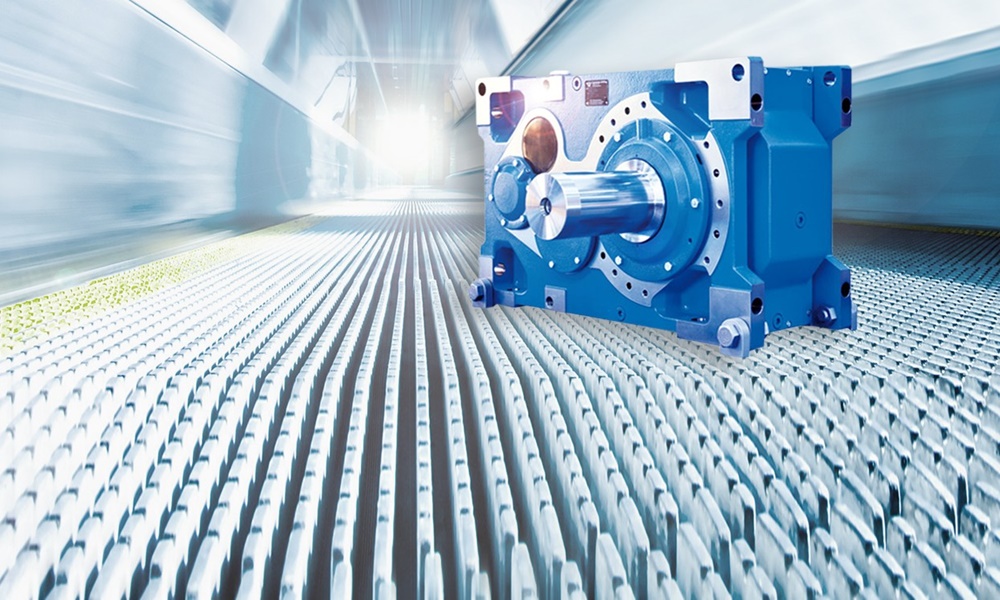 In the context of the “Linthal 2015” project, the underground central chamber for a new pumped storage power station has been built at an altitude of about 1,700 m – 600 m deep into the Swiss Alps. With an extreme incline of 45 degrees and a height difference of approximately 180 m, conveyor systems transported 500 t of excavated material per hour, around the clock. The conveyor belts were driven by NORD industrial gear units.

The underground central chamber is the core of the gigantic extension project. It consists of a 150 m long, 30 m wide machinery chamber with a maximum height of 53 m, as well as a separate transformer vault which is about 130 m long, 20 m wide and 25 m high. The excavation work for the two chambers was carried out continuously, i.e. 24/7 in 3-shift operation. Every day about 800 m³ of rock were removed from the mountain and in total almost 2,445,000 m³ were excavated from both chambers.

NORD industrial gear units were used in the conveyor systems which are located in the central area of the “Linthal 2015” construction project. Two “S-conveyors” conveyed 500 t of material per hour over a distance of about 260 metres. The excavated material was then conveyed down to a crushing plant. This conveyor belt was driven by a NORD industrial gear unit with brake control, which simultaneously generated electricity. On the second conveyor belt, the crushed material was conveyed up to the gravel plant, where it was stored until it was needed for further processing.

The manager of the plant construction company is extremely satisfied with NORD products and services . The high delivery availability was particularly praised: It only took ten weeks from ordering to delivery. The excellent price-performance ratio, the optimum advice as well as the high quality of the NORD products were also commented on positively.

Special solutions for the water and waste treatment from I-MAK