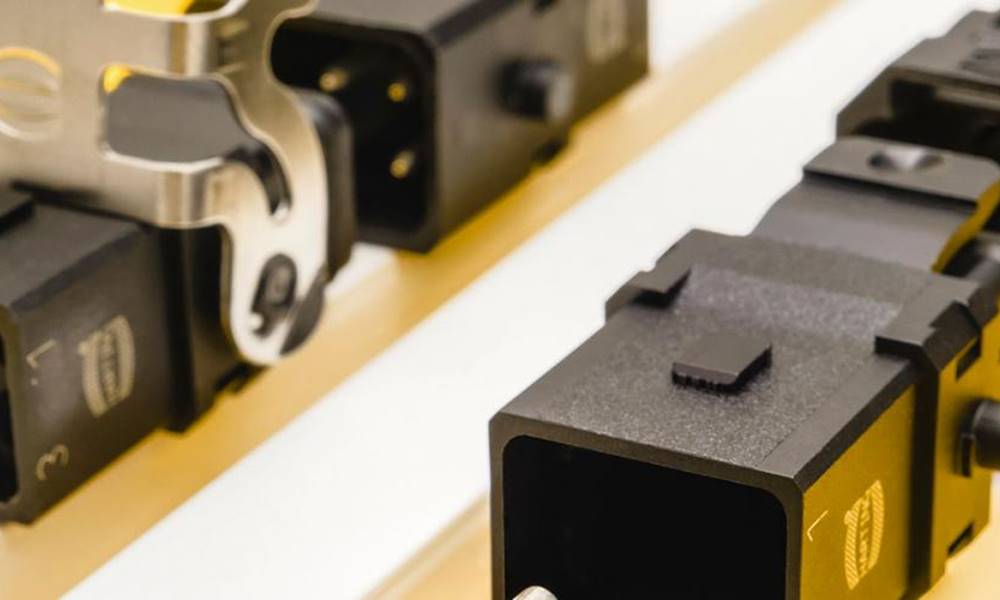 She is not thinking of stopping any time soon: Margrit Harting, Senior Director of the Technology Group, turns 75 / She has shaped the company’s image and style with Power, Perfection and Professionalism.

Back in the 1960s, she only knew HARTING as a manufacturer of cigarette vending machines. And young Margrit was a little wary of Espelkamp. She was always happy once she was past the nascent town as she travelled with her father from Herford to Rahden, where his schools were located. But both the company and the place went on to fit together for Margrit Harting, who turns 75 on 3 February in a very special and delightful way.

Born in Lippe and a qualified teacher of commercial subjects, she married the businessman Dietmar Harting in 1971, joined the Technology Group (founded in 1945) in 1987 and, ever since that day, has been shaping the style and image of the family owned and managed company in her roles as Manager, Senior Vice President and creative and inspiring Senior Director.

When the US President Barack Obama admired the HARTING team‘s sneakers at HANNOVER MESSE; whenever heads of state and ministers, VIPs from the worlds of sport, culture and the economy have come to Espelkamp, whenever anniversaries, successes and inaugurations have been celebrated in a big way, and whenever impressive architecture has been created, this superwoman has conducted proceedings with great confidence, cutting an impressive profile. Initially, on joining the company, Margrit Harting took responsibility for personnel, quality, plant facilities, advertising and PR and decided that the SME, with around 1,300 employees and sales of nearly 150 million Marks as of 1987, should have a modern and friendly image.

Initiating safety, cleanliness and sustainability competitions, the Night of Innovations, the KiTec research award for primary children, the leading-edge NAZHA training centre, as well as promoting and supporting sports, culture and education – her influence extends well beyond the company and the region itself.

Meanwhile, her once sceptical attitude to Espelkamp has reversed and reflects passionate commitment. “The town would definitely be poorer without her”, as Espelkamp’s Mayor Heinrich Vieker underlined her huge commitment back in 2009 when Dietmar and Margrit Harting were awarded honorary citizenship.

Notable in this context is the modernisation and renovation of the New Theatre, which would not have been possible without a donation of a million euros committed by the couple. In 22 years as a member of the General Assembly of the Ostwestfalen zu Bielefeld Chamber of Industry and Commerce and twelve years as its Vice President, Margrit Harting worked tirelessly in the interests of the region’s economy. In 1998 she succeeded in commissioning the Swiss star architect Mario Botta to design the new sales headquarters building for HARTING Deutschland in Minden. In addition to many distinctions as Honorary President, Margrit Harting 2008 was awarded the Federal Order of Merit First Class in 2008, and an honorary fellowship of Leibniz University, Hanover in 2018.

Perfectionism and professionalism, ever new and fresh ideas, powerful motivation, enthusiasm and persuasive power distinguish the 75-year-old birthday girl. There is no question of resting on her laurels, as she has no lack of plans for the future. Especially this year, when the company, meanwhile run with great success by son Philip and daughter Maresa together with their parents, reaches the same age as the “foreign minister” of the international Technology Group. And Margrit Harting, with her enthusiasm for performance and quality, is on hand to ensure that the event will be stages appropriately.