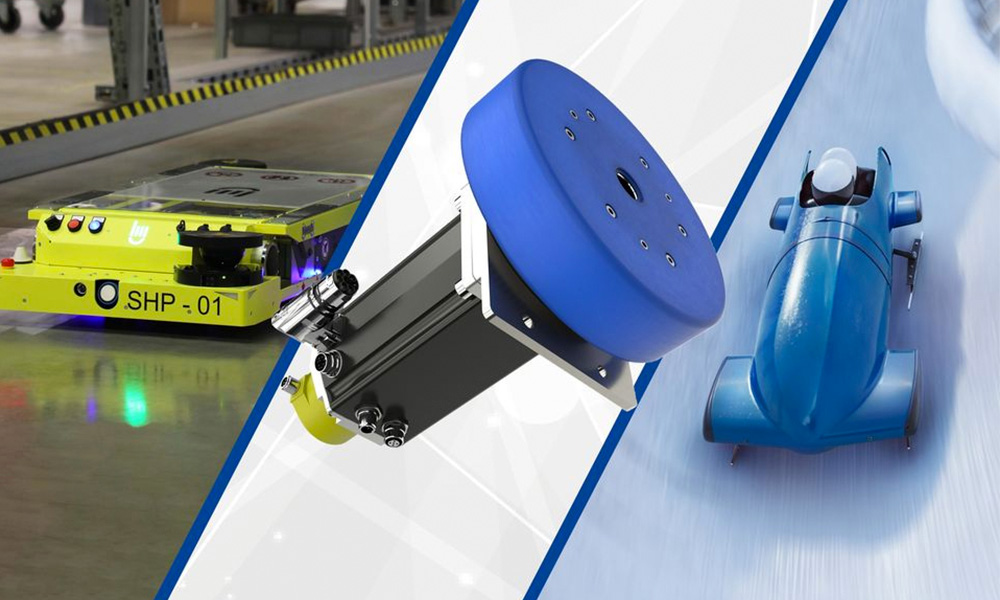 Full concentration prevails before the start. Finally, the lights switch to green, and the bob is accelerated with all available power of the four sprinters who need to run completely synchronously. The starting phase only takes some seconds. Then, the pilots disappear aerodynamically behind the fairing. Often, a good start decides about succeeding or losing the competition. After the starting phase, the gravitation is taking over the further acceleration. The bob is now riding through the track with a speed of up to 140 km/h. The helmsman is sitting at the front and is the only one who can see the route. With fine movements, he is keeping the bob on track. Only those teams who never touch the board have a chance to win the competition. During the ride, the bob is never braked and must only be brought to a halt at the finish line. This task is taken over by the rearmost of the four athletes.

Due to the high potential for injuries of this sports, it is essential that the four athletes are perfectly coordinated in their behavior and can respond to the conditions in their environment. This is the only way to ensure the safety of the team and other people involved. The same principles apply to the sport as well as to the technology sector. That is why Dunkermotoren offers safe control with integrated STO functionality (Safe Torque Off).

Speeds of up to 140 km/h are inconceivable on factory floors – but fast vehicles perfectly matching the changing conditions of their environment can also be found on factory floors: the autonomous mobile robot (AMR) iw.hub of the BMW Group subsidiary idealworks achieves up to 8 km/h

, fully loaded with goods of up to one ton. Comparable to the bob with the four athletes, several drive components work together. This is the only way to achieve the necessary power and precision. The motor and gearbox provide sufficient high-speed power and thus ensure the necessary dynamics. The control system achieves synchronous running when travelling straight ahead, while setting the appropriate differential speed for driving curves. The speed information is sent to the control system by the encoder, which is designed with redundancy. The sensor system of the AMR, which navigates through the halls without any structural Page 2 PROFESSIONAL ARTICLE of Dunkermotoren GmbH in December 2021 changes to the area of operation, detects objects and passengers. The movement of the mobile robot is then adjusted to avoid possible collisions. In extreme cases, a safe stop is performed, in which the brake attached to the motor drops in. Within the next moment the vehicle is standing still.

Bobsleighing takes place on just a handful of tracks and only a few teams can compete. The best of these qualifies for a world championship. In the sports, only one bob is riding the track and under no circumstances are people allowed to be there at the same time. For the iw.hub, the conditions are different: They are on the rise worldwide, are used widely, and harmonize with their changeable environment. While at the bob the good grip is ensured by soles covered with steel brushes, on the AMR this is taken over by wheels made of polyurethane. These can be adapted to the application in terms of diameter, width and material. Even if the driving profiles differ a lot, they can all be realized with the same basic construction. Shunting operations with frequent starts and stops are covered just as well as transports through factory halls of several hundred meters in length.

The AMR easily transports heavy, bulky, but also sensitive parts and transfers them to the assembly line. In close cooperation with idealworks, Dunkermotoren has configured the appropriate travel drives for AMRs. They consist of four components: Motor, gearbox with drive wheel, control electronics and encoder system with brake. The BG 95 brushless DC motor with its up to 3.9 kW power serves as the motor. The wheel drive is the gearbox series NG 500, a compact planetary gearbox that can handle radial loads of up to 500 kg. The linear drive which handles the positioning the load on the vehicle also comes from Dunkermotoren. These circumstances made it possible to build a particularly compact and powerful AMR, which is now sold on the market under the product name iw.hub.