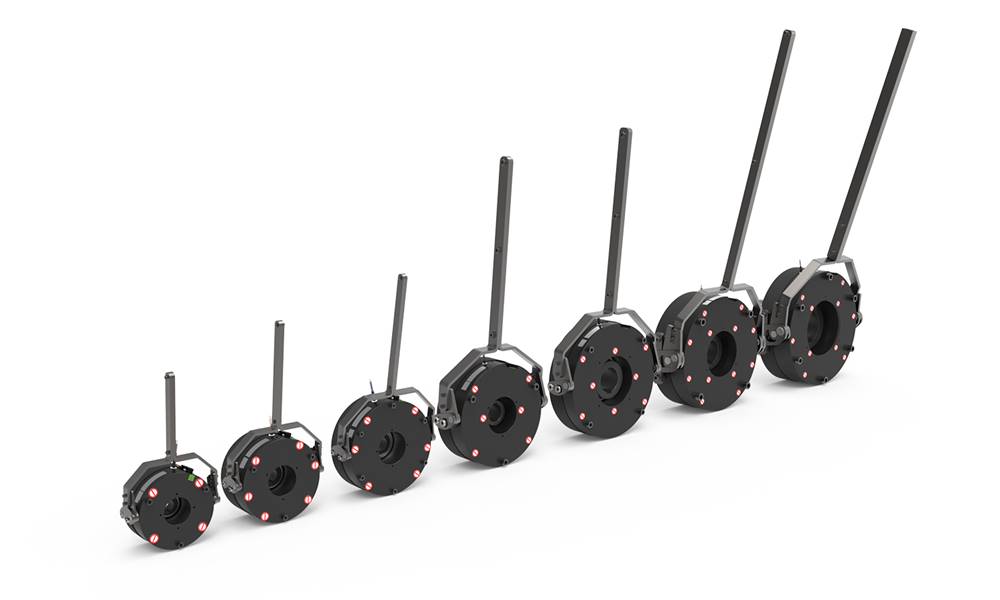 Warner Electric, a brand of Altra Industrial Motion, has developed a new family of brakes for stage and theatre applications, combining increased performance and reliability with very low noise levels, and a host of features specially requested by users in this demanding sector.

The compact designs provide braking torques from 5Nm to 4,600Nm, and feature a newly designed friction material developed especially to meet the requirements of stage and theatre applications. Warner Electric’s new Fenix family of brakes has been developed to provide the most reliable dampening system on the market. The range comprises three models: Fenix 08, with a single magnet and a single friction disc; the Fenix 10, with a single magnet and two friction discs, offering double the torque in the same package size; and the Fenix 09, featuring two magnets and two friction discs to provide full redundancy. The friction disc material is a new development from Warner Electric, not only to provide increased braking torque but also to address a specific issue within the stage and theatre industry – that of condensation. When the brakes are packed away after a show, having spent many hours high up in theatres in close proximity to hot stage lights, the rapid cooling from the high temperatures can cause condensation to form. In standard brake designs, this can cause the friction discs to swell and stick. This creates problems at the next time of use, as well as damaging the friction lining. The new Warner Electric material overcomes this problem, while also eliminating associated risks of corrosion, significantly increasing the life of the brake in this environmentally challenging application. The brakes also benefit from a new noise dampening system, reducing noise to better than 45db(A) straight out of the box – a feature requested by the industry. And Warner Electric guarantees noise levels of better than 50db(A) throughout the lifespan of the brakes, which is rated at 17 million cycles. As further innovation, all of the brakes include Warner Electric’s WES sensing technology as standard – a contactless solution to monitor the position of the armature and provide feedback on wear measurement. With very low hysteresis compared with conventional micro switches, and the elimination of drift of the switch point with temperature, use of the WES means that sensing distance is no longer a constraint, enabling the brake air gap to be reduced to as little as 0.15mm, giving increased braking torque. All of the brakes in the Fenix range also feature a dust cover and connections for an encoder as standard, and options for hand release. Furthermore, they are available in either high torque or high speed configurations. All of this enables each brake to be tailored to the precise requirements of individual applications. All of the brakes in the new Fenix family are certified to standards relevant to stage and theatre applications, including BGV-C1, DIN 56950-1, EN81-20/50 and DGUV 17.